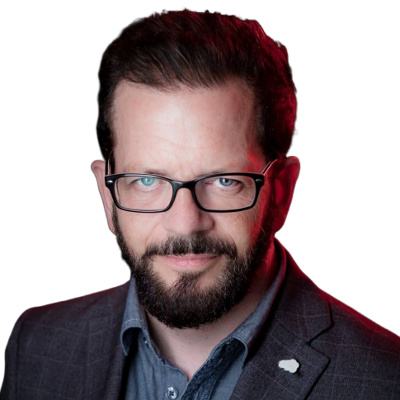 Rogers is best known for his speeches and work on mental health in the tech industry. He helps to shine a light on a serious issue and provides those that need it with the help and support required to stay alive and be at their best. Other than his mental health keynote - which he delivers to audiences across the globe - Rogers delivers keynotes on emerging technologies. A former analyst and staff writer for VentureBeat, Rogers uses the latest research and data to explain what is happening both now and next.

As the current Editor-in-Chief at Dataconomy, Editor-in-Chief at Badass Times, Managing Editor at Grit Daily, and MC at VentureBeat, and contributor to Hackernoon, he checks the pulse of nomad life, mental health, marketing technology, artificial intelligence, virtual reality, augmented reality, and blockchain technologies, as well as the video game industry and the future of daily life.

Before Dataconomy, VentureBeat, and Grit Daily, Rogers managed several successful software companies and held global roles in sales and marketing for businesses in the U.S., Canada, Australia, and the U.K. He has contributed to several sales and marketing books, papers, and publications. He is also the co-founder of Badass Empire, which helps educate digital professionals in business, marketing, and lifestyle.

When he's not talking (and telling jokes) on stage, he's singing both his own and other artists' songs and is as comfortable in front of audiences from 10,000 to 10.