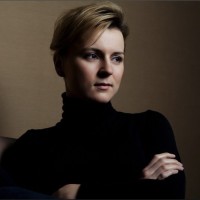 Anastasia Andrianova began her career at Dresdner Kleinwort Wasserstein, where she worked as an Emerging Markets Equity Capital Markets Analyst from 2005 to 2006. From 2005 to 2007 Andrianova worked as an Emerging Markets Hedge Fund Analyst at Emergent Asset Management, and from 2007 to 2009 as a Private Equity Investment Professional at Lehman Brothers. In 2010 Andrianova founded Byhiras, a financial technology data startup, where she worked until 2012. In 2015 Andrianova cofounded Apiro Capital, a real estate investment firm, where she served as Managing Director until 2017. Andrianova founded Akropolis in 2017, and presently serves as its Chief Executive Officer.